The Brazil-IP Project was a collaborative effort of Brazilian universities to support the development of the semiconductor industry in Brazil. The project was sponsored by the Ministry of Science and Technology and the main goals were to form human resources and design houses capable to develop semiconductor chip projects.

I was part of the team from the University of Campinas (UNICAMP) and we made a MP3 decoder chip. It was developed in SystemC and Verilog, prototyped in FPGA and a silicon chip was made in an foundry.

A demonstration of some projects results is available in this video. This prototype uses the MP3 decoder from UNICAMP, a MP4 decoder and a 8051 processor from other Brazilian universities.

The resulting MP3 decoder chip is shown in the pictures below with additional explanation and this second video shows the chip decoding and playing a MP3 music. 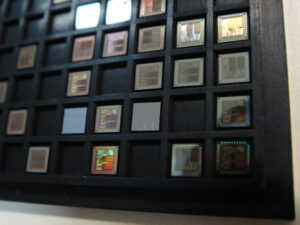 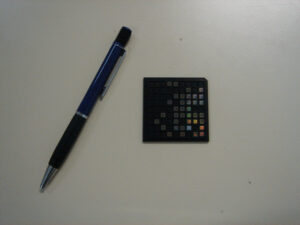 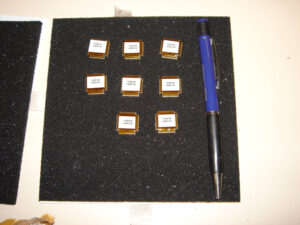 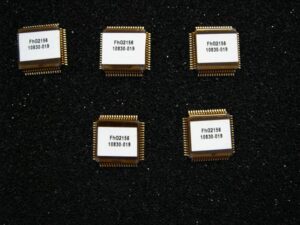 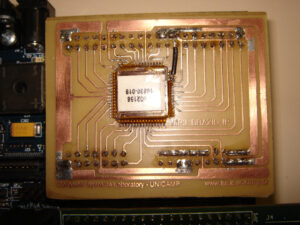 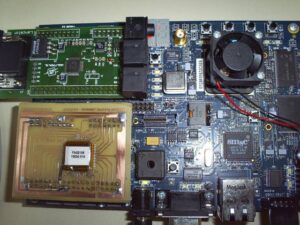 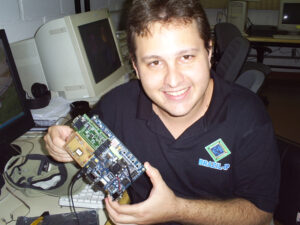 The prototype system and me 🙂